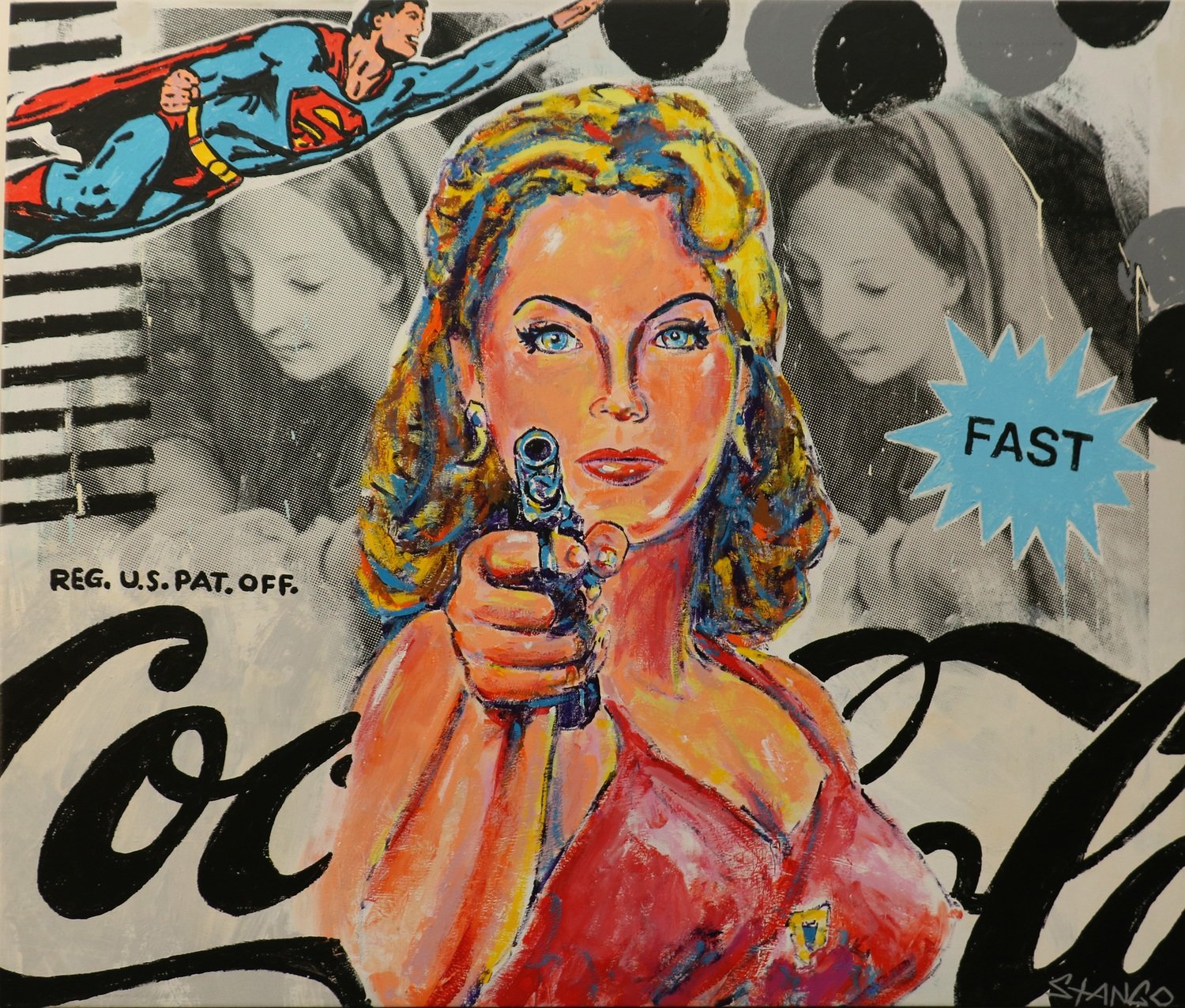 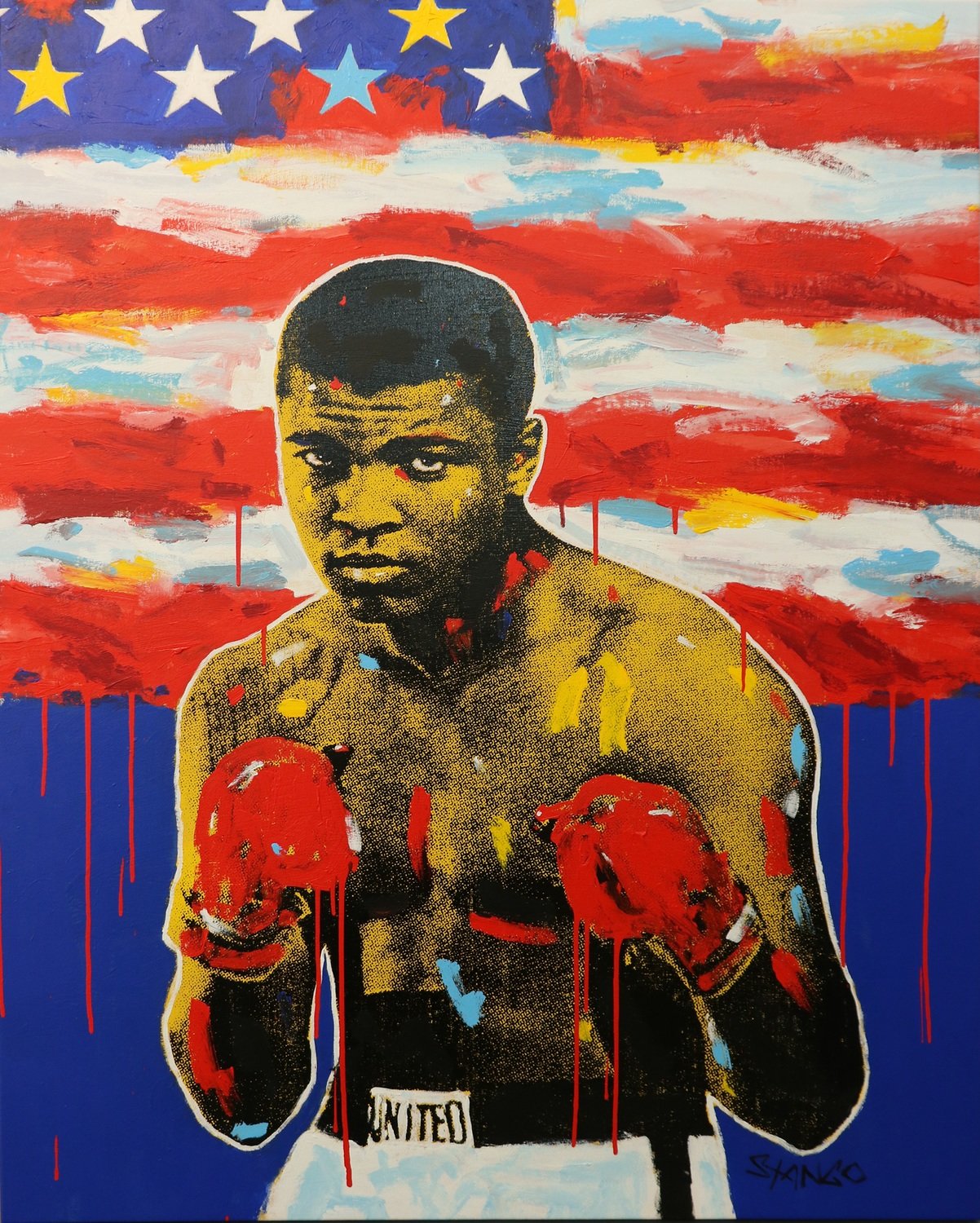 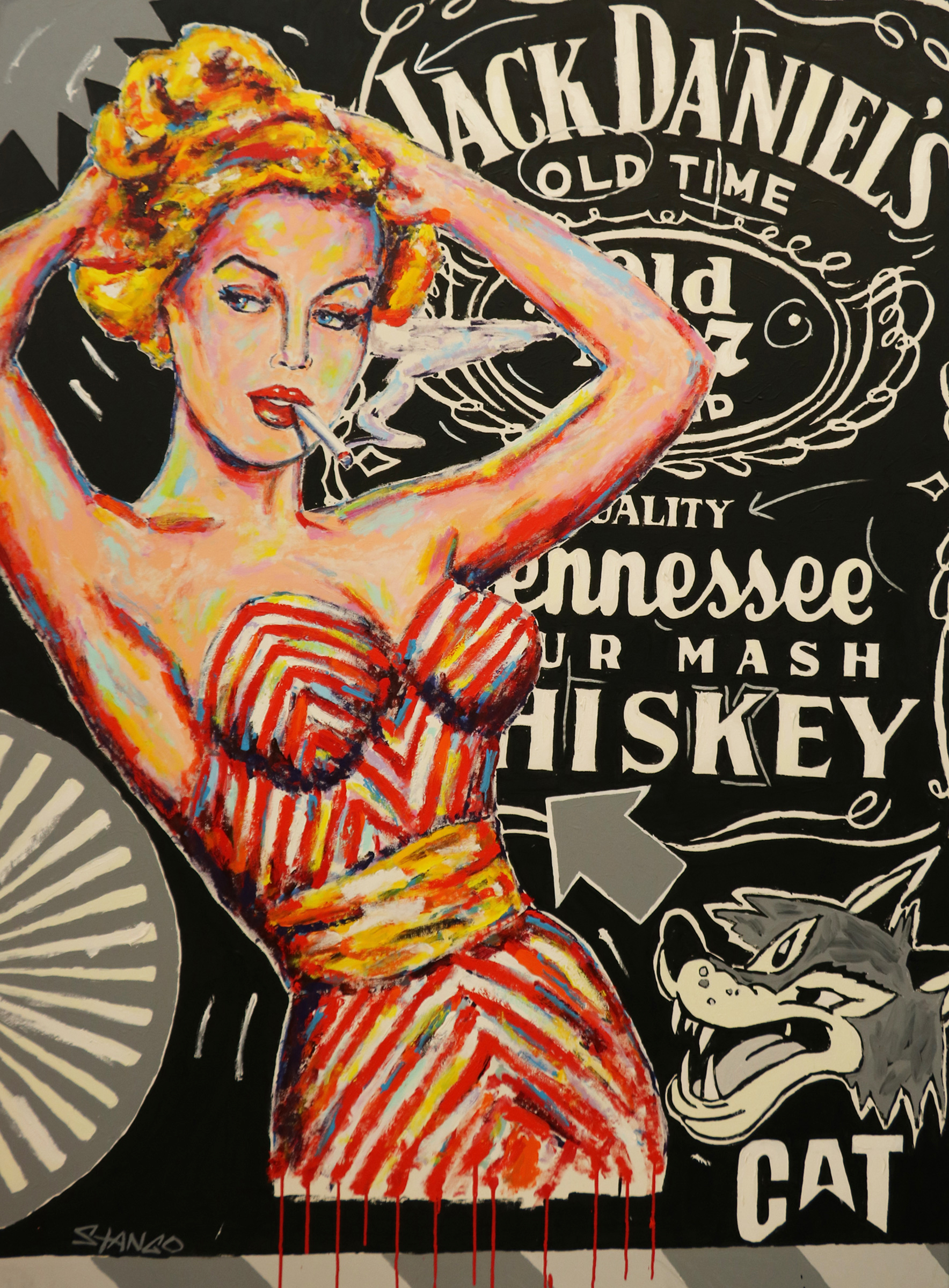 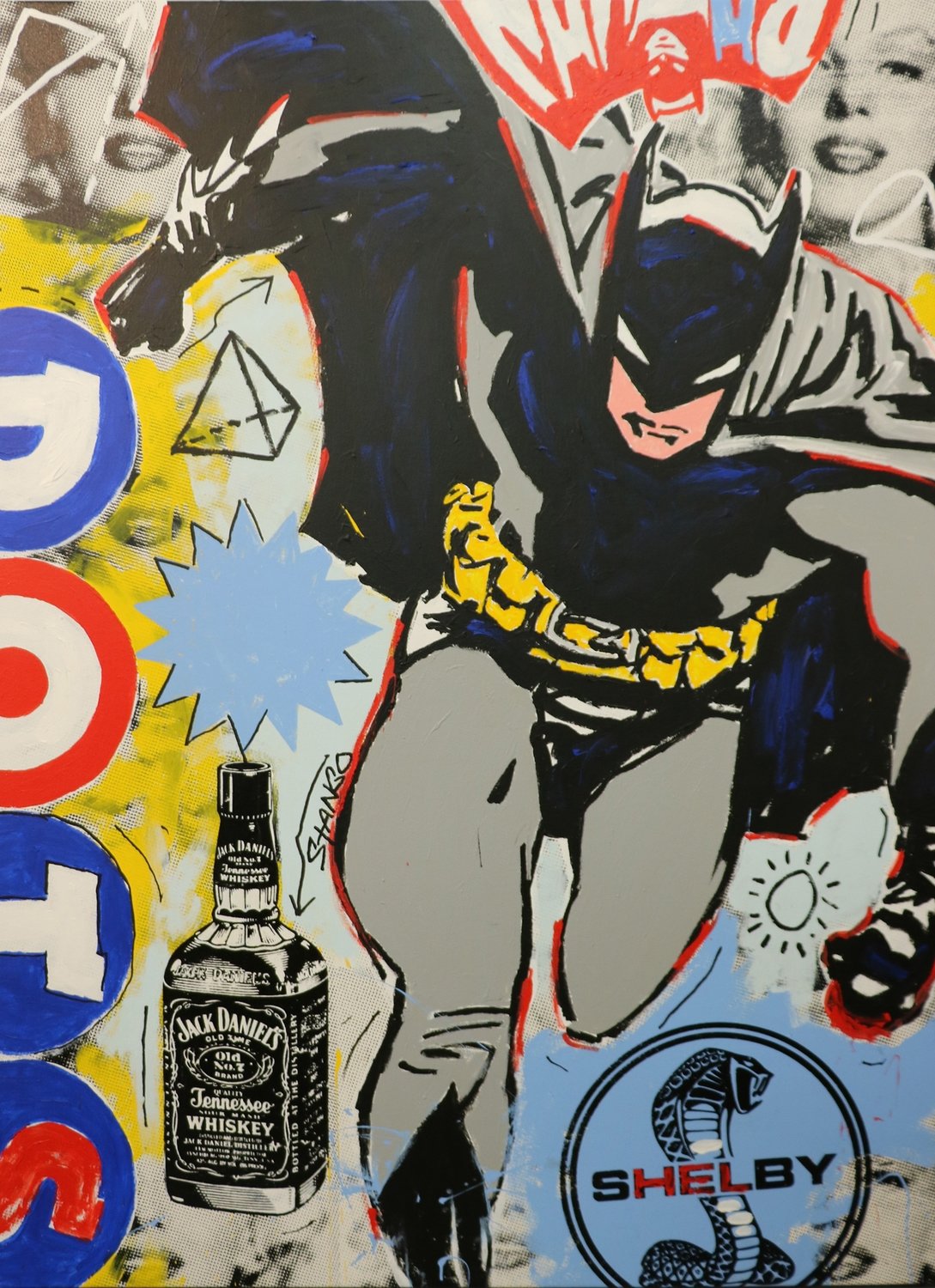 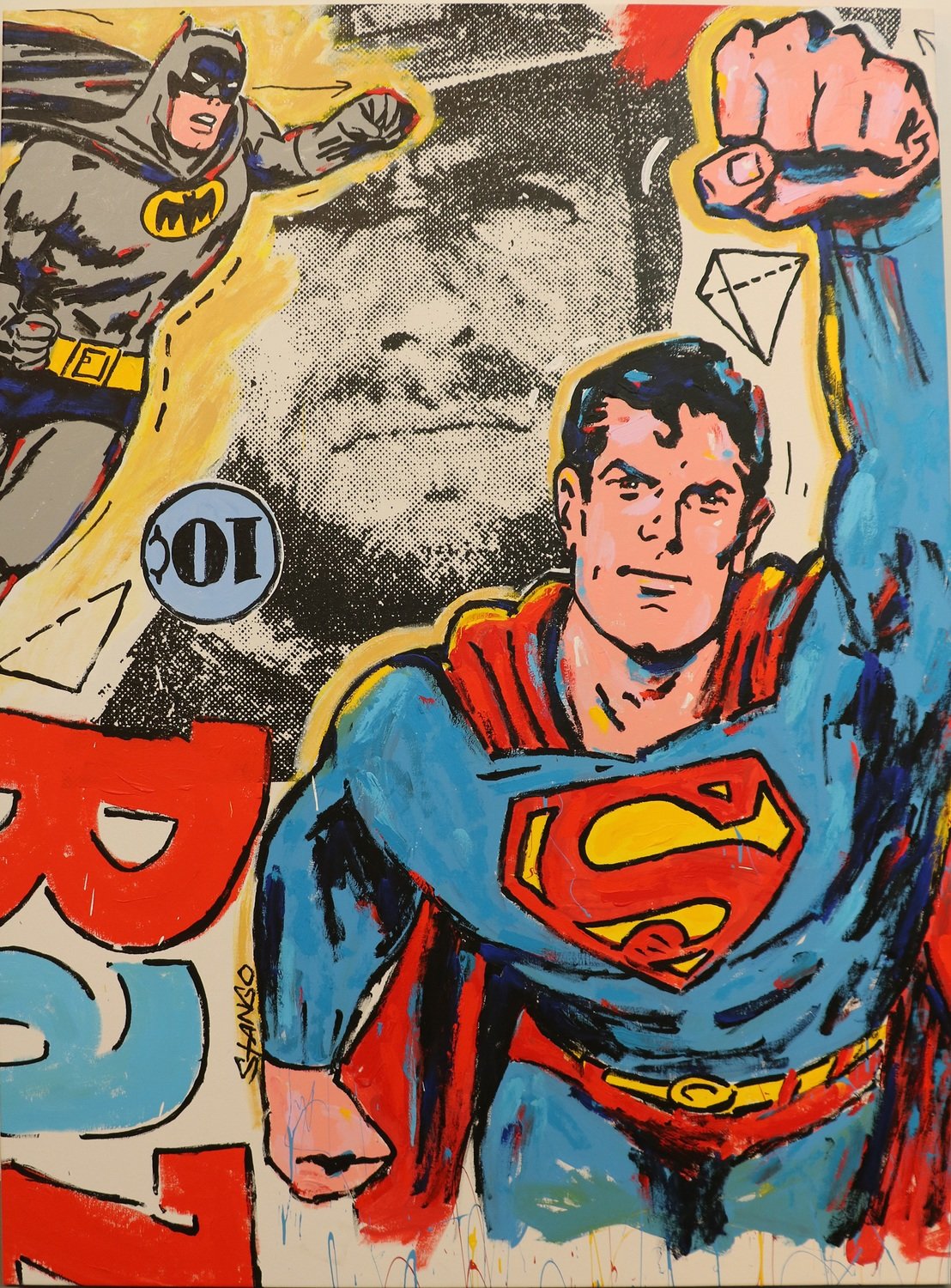 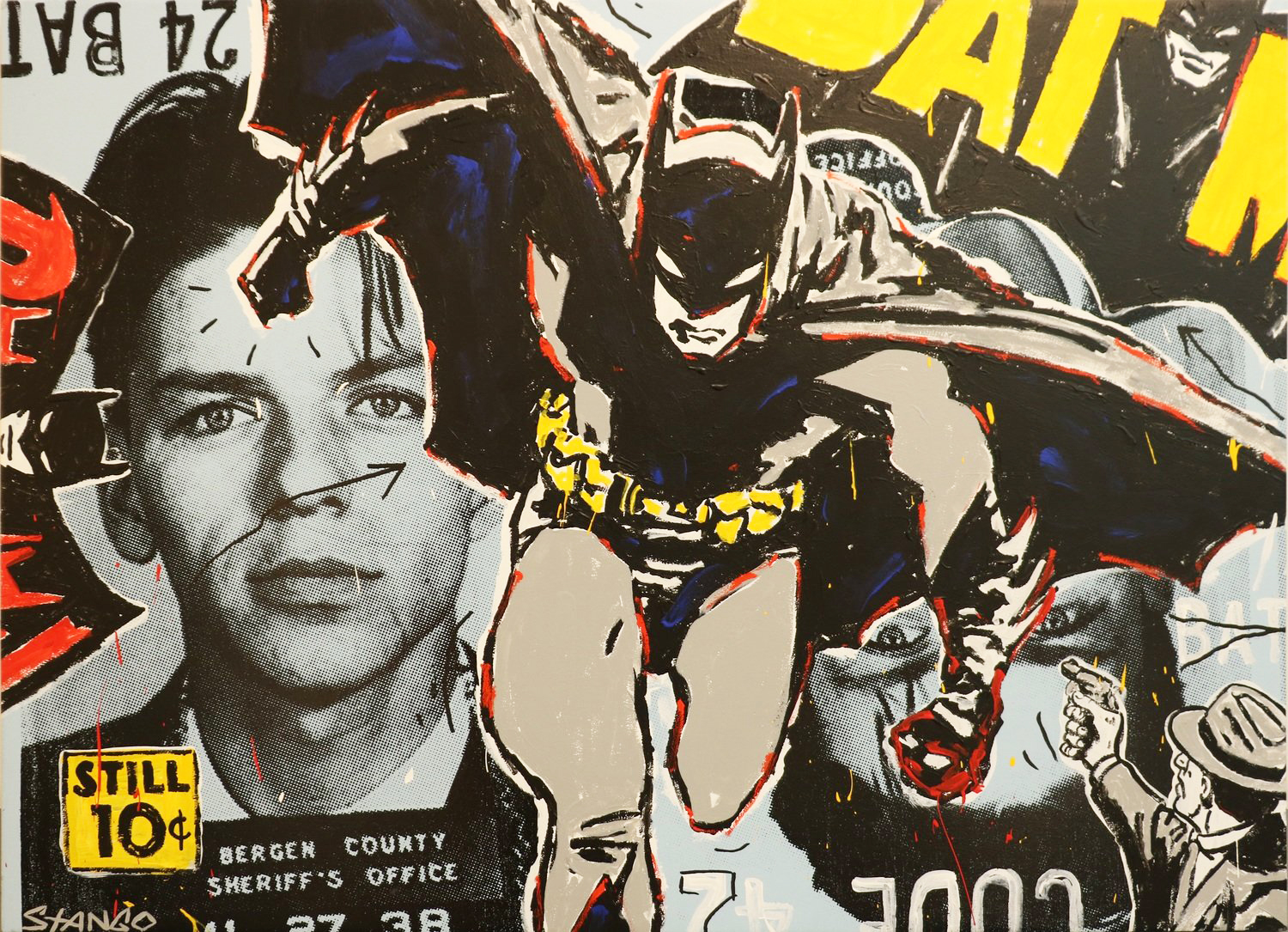 John Stango's lifelong passion began to take form during his academic tenure at the Tyler School of Art at Temple University in Philadelphia. Here he received the education behind his true devotion and dedication to art with a Bachelor of Fine Arts in Painting and Graphic Design. Upon graduation, John cultivated his creativity working as a visual merchandiser and display artist for Macy's and Bloomingdale's department stores.

Craving a more artistic field, Stango began creating original clothing designs in 1985 at his studio in Philadelphia. Finding a great deal of success in this venture, his hand silk-screened designer shirts were being featured in the same department stores he once worked; Macy's, Wanamaker's and Fiorucci carried his high-fashion, one-of-a-kind T-shirts in their stores along the East Coast. Continuing to build a reputation as one of the most innovative artists in the region, Stango turned to painting full time. The earliest of Stango's Pop paintings were initially featured as backdrops for window displays at several Philadelphia department stores. Eventually, Stango began showing in area galleries as his technique became more refined with his use of popular imagery epitomizing glamour and icons. His testosterone fueled brushstrokes and his highly innovative compositions combining hand painting and silkscreening set Stango apart from his contemporaries . Today, John has a rabid cult following and his work can be found in private and public collections throughout the United States, Europe, Asia and the Middle East, attracting patrons from a widely diverse demographic.

Silkscreen and Acrylic on Canvas