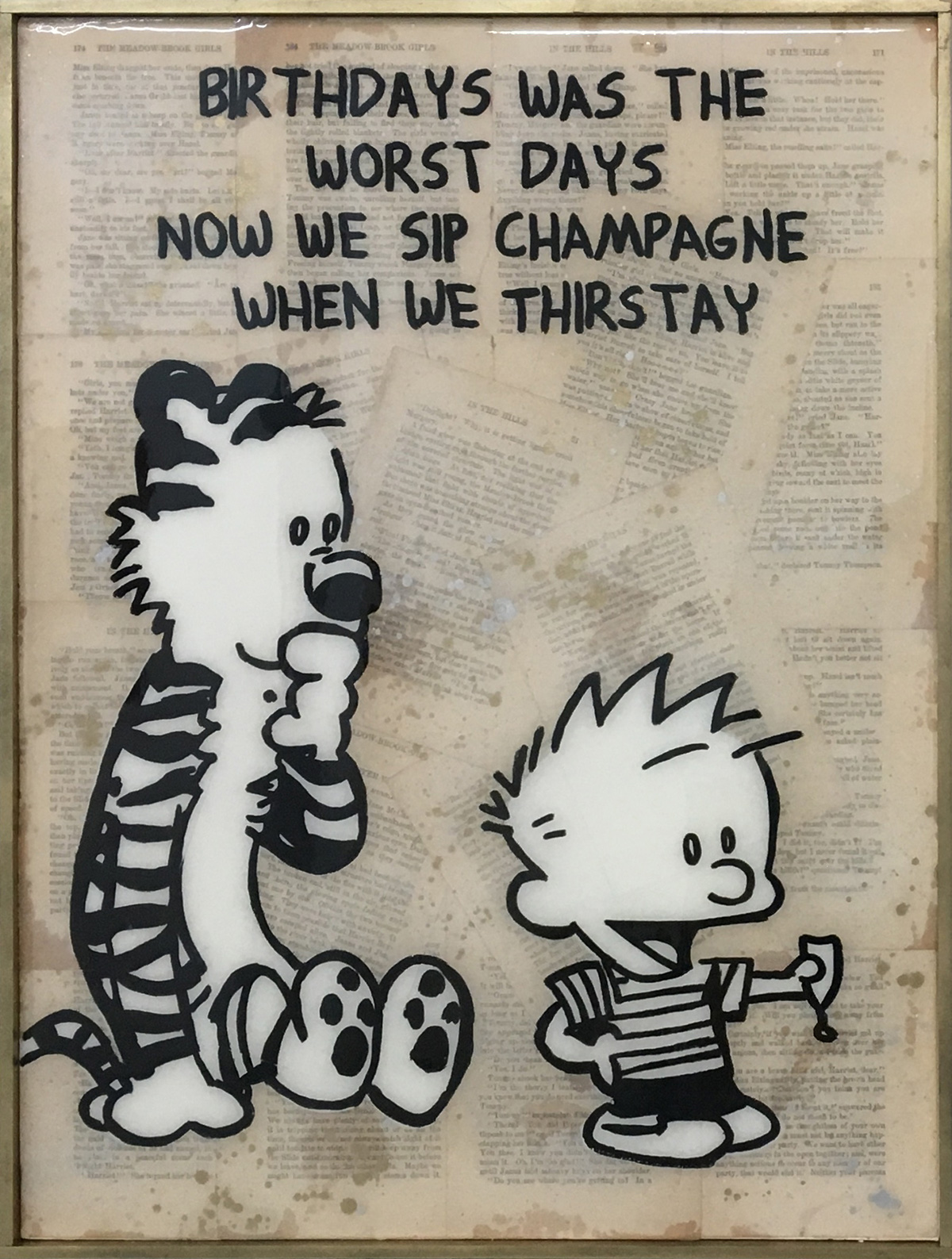 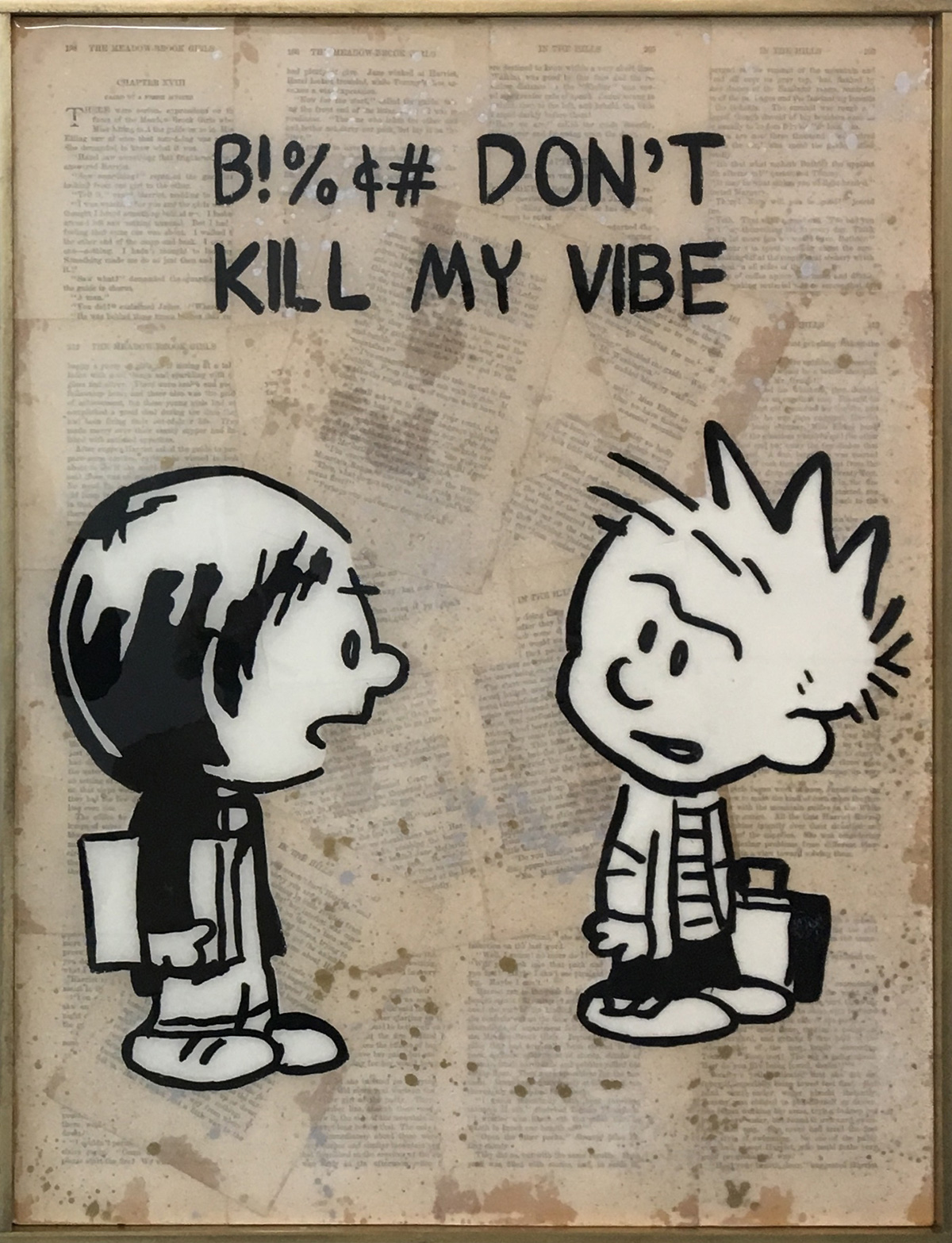 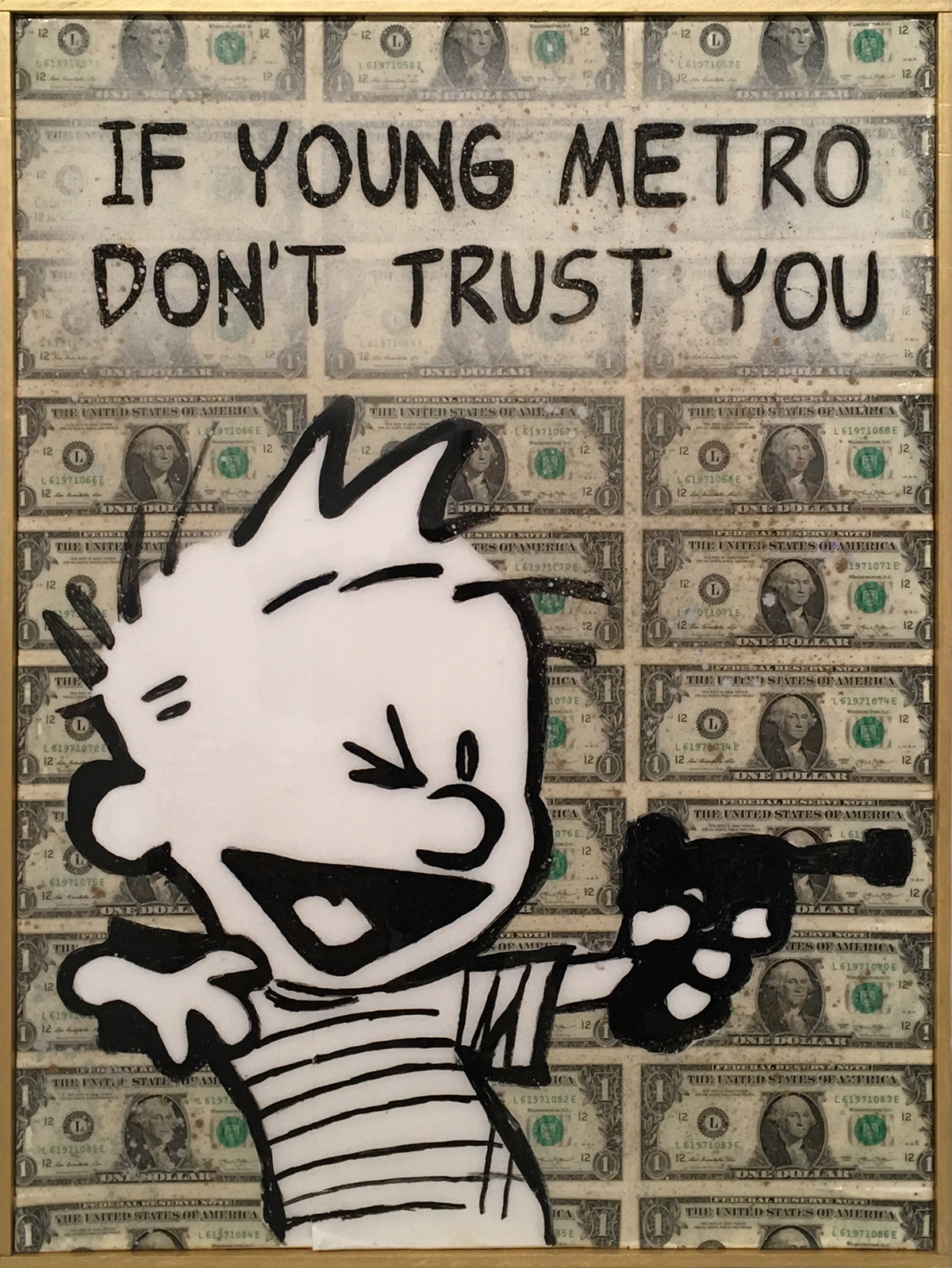 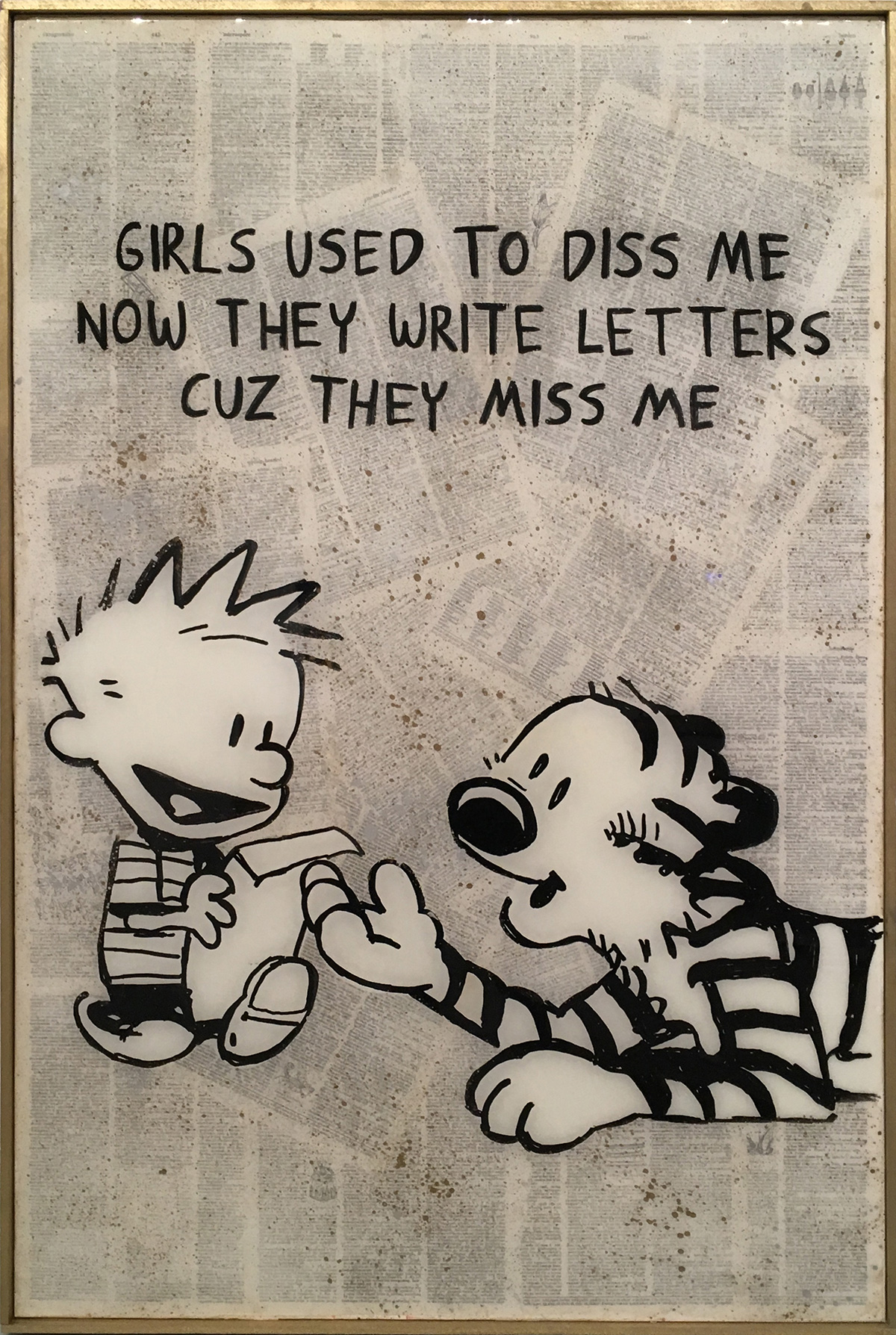 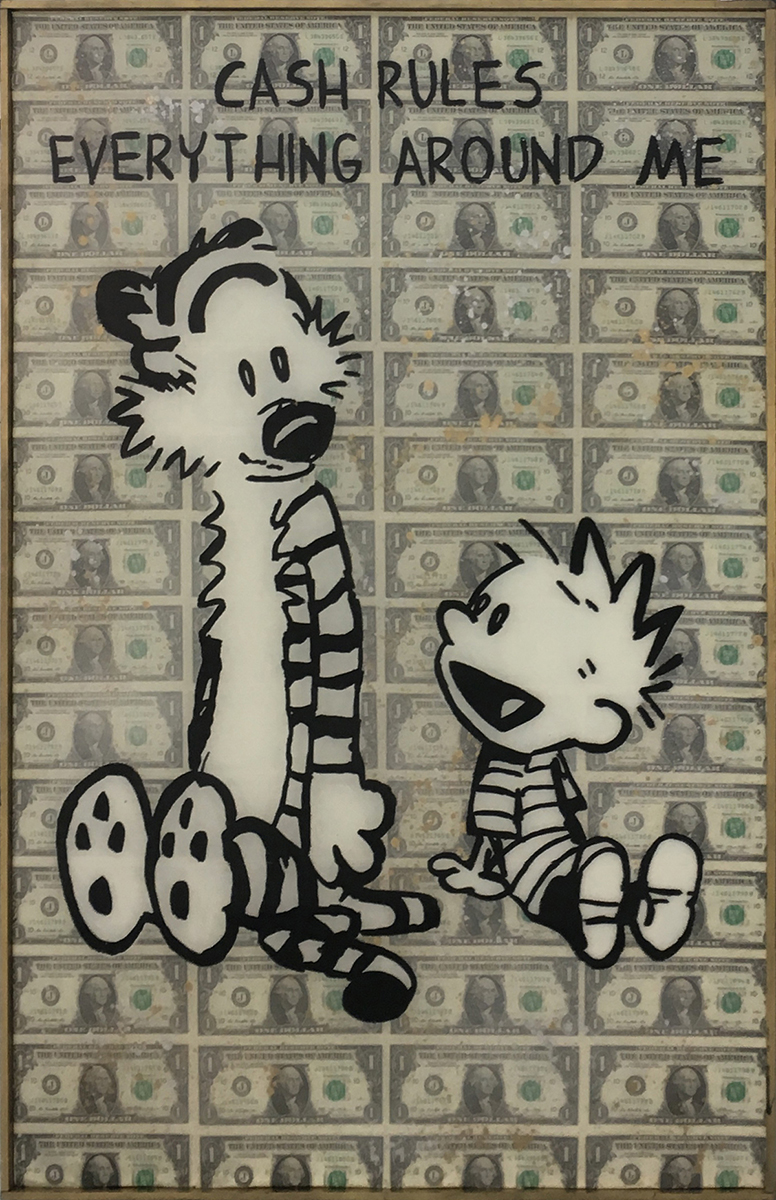 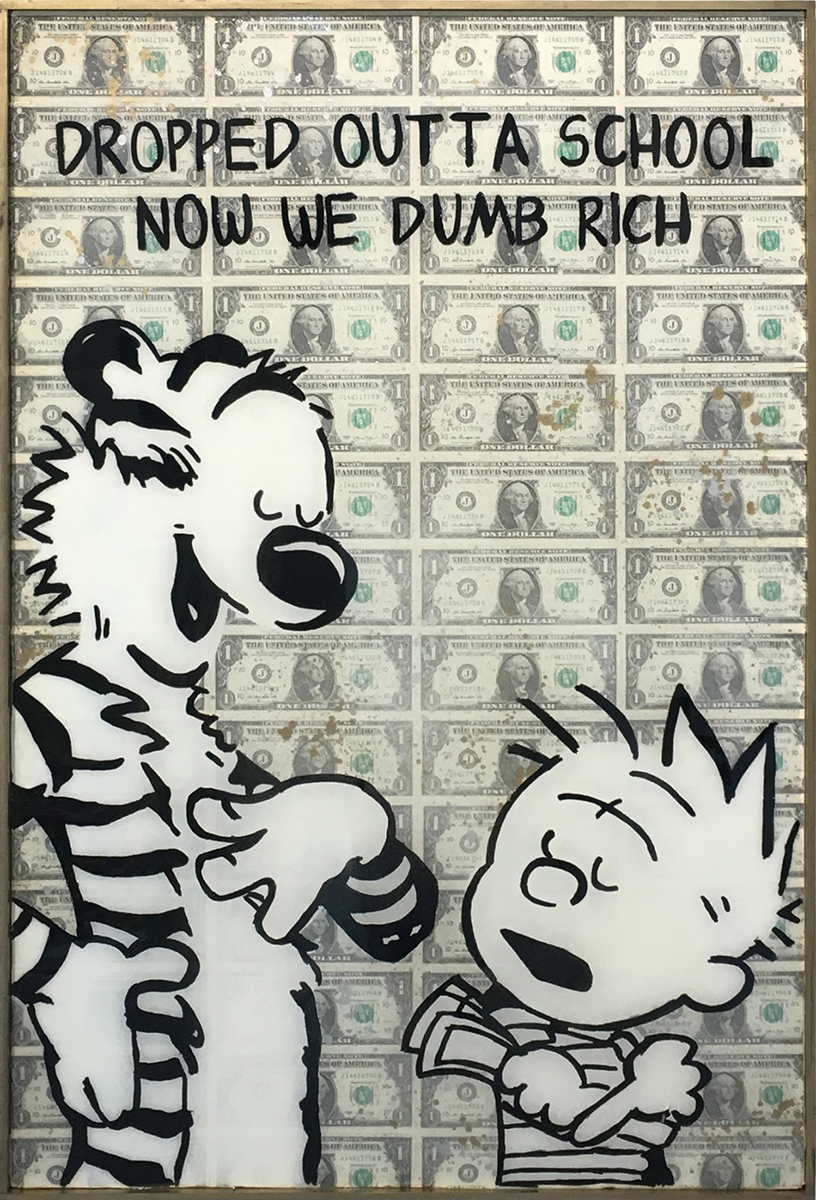 He originally started painting just for fun and to decorate his home, and eventually took a liking to it. He paints stuff that he liked growing up, like Ninja Turtles and other random things.

After spending over 10 years traveling the world dancing with the likes of Rihanna, Mariah Carey and Justin Timberlake, Lucas switched his creativity to the fine art world. Focusing on woodwork, sculpture and canvas work, he tackles political and social issues but also mixes in pop art and heavy doses of nostalgia. Nostalgia always drove him, so he paints things that bring recall fond memories.

Lucas attempts to balance pieces that stir up emotions and feelings while at the same time creating works ripe with juxtaposition. The majority of his pieces are created on wood, which is his medium of choice. He has collaborated with artists from around the world including Dourone, Rene Gagnon, Moncho, Augor MSK, Flore and Plastic Jesus. 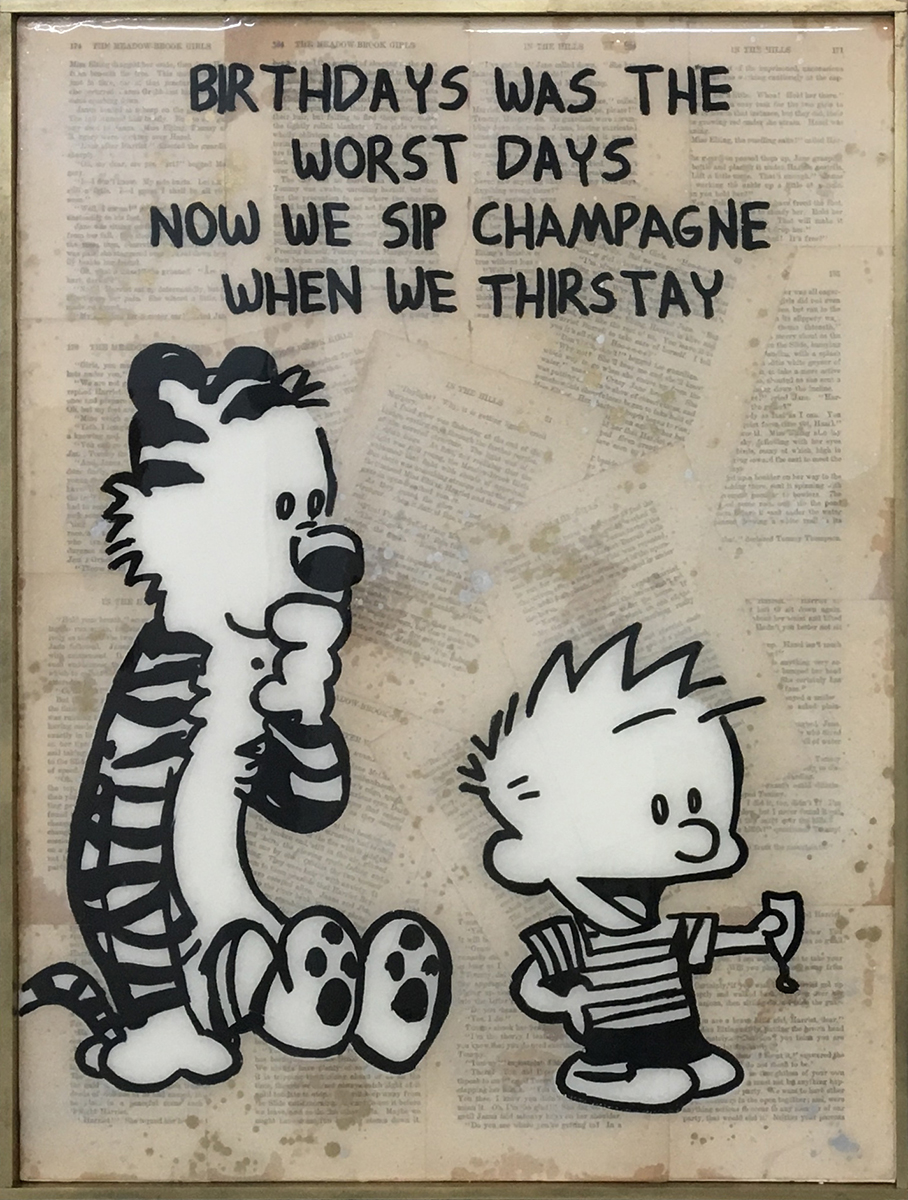 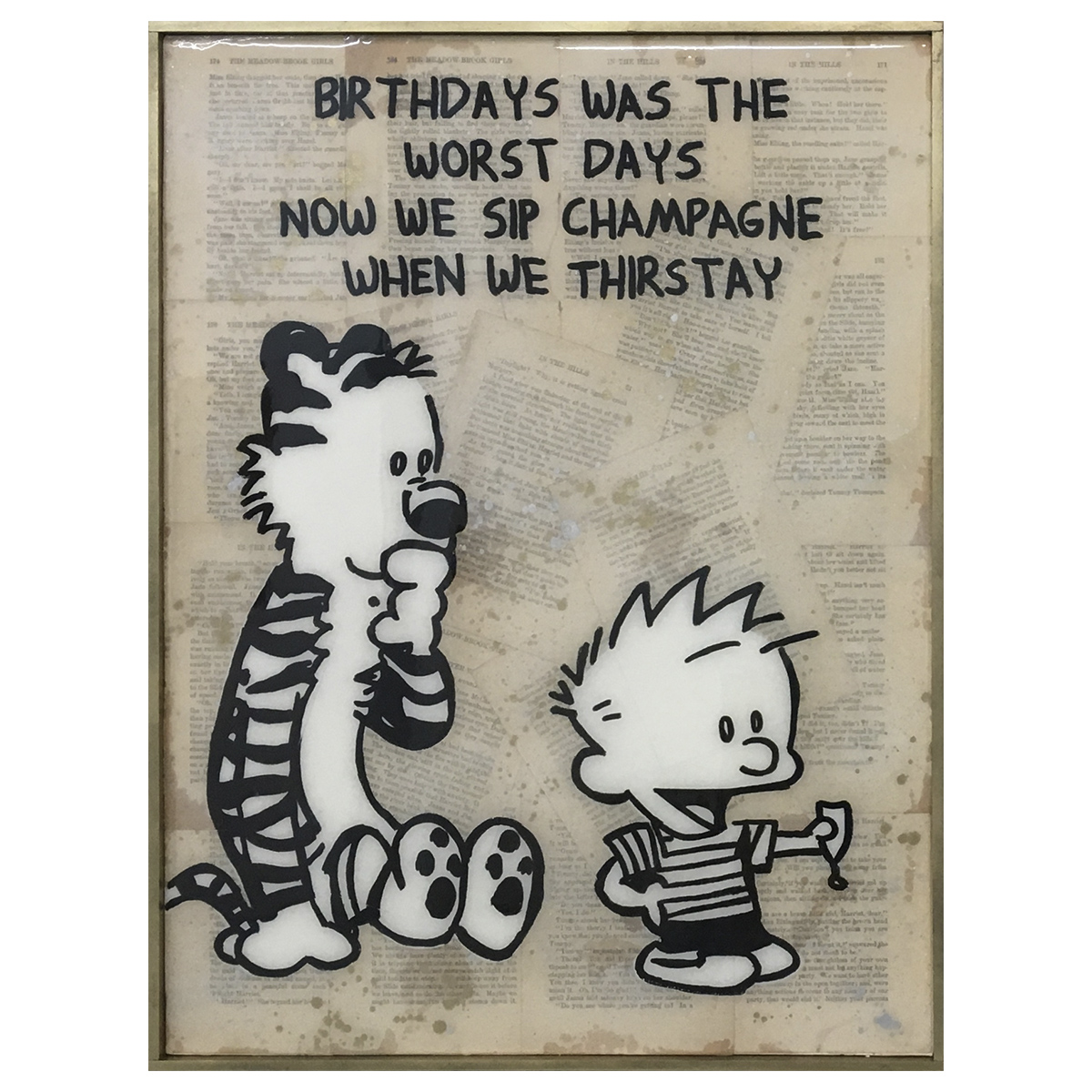 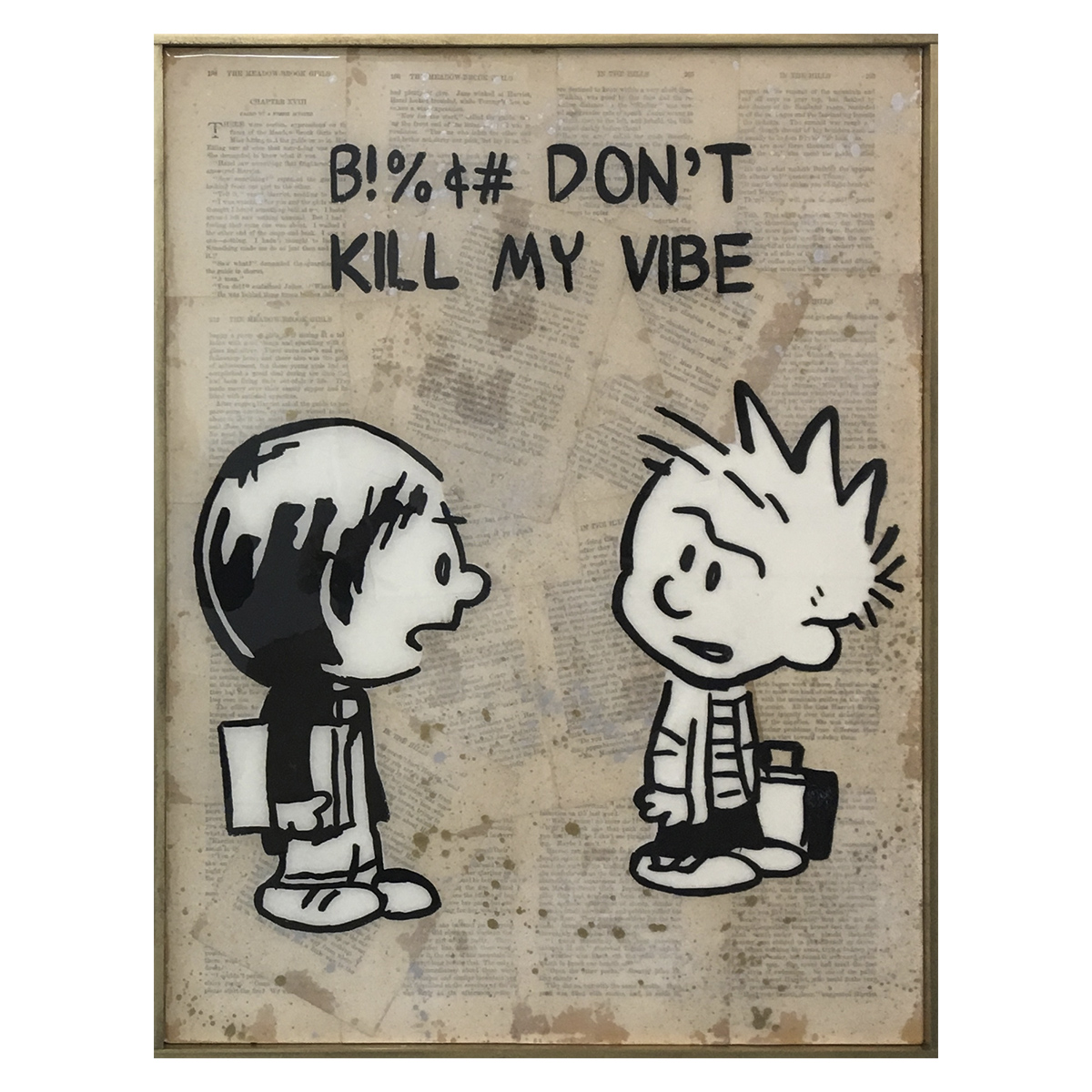 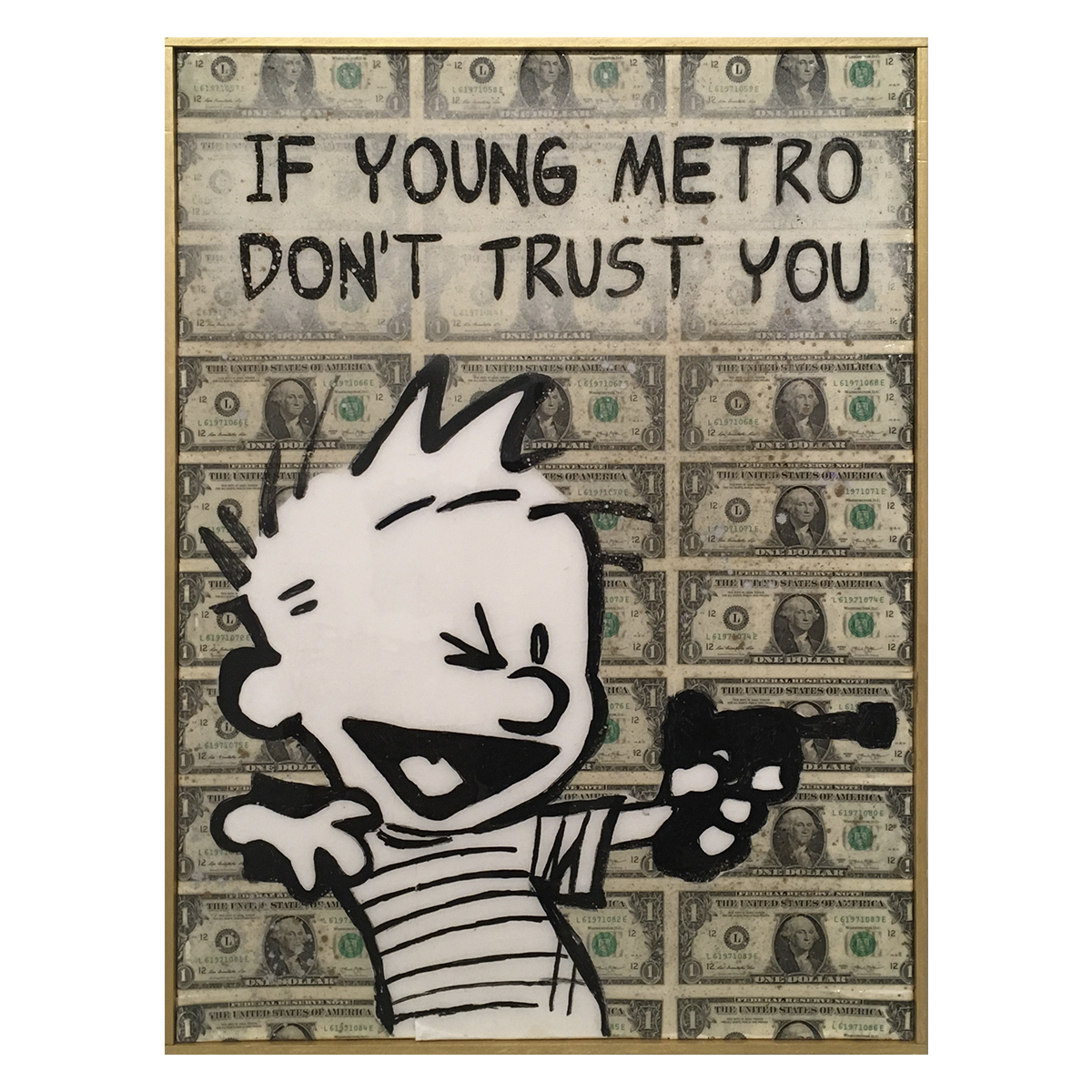 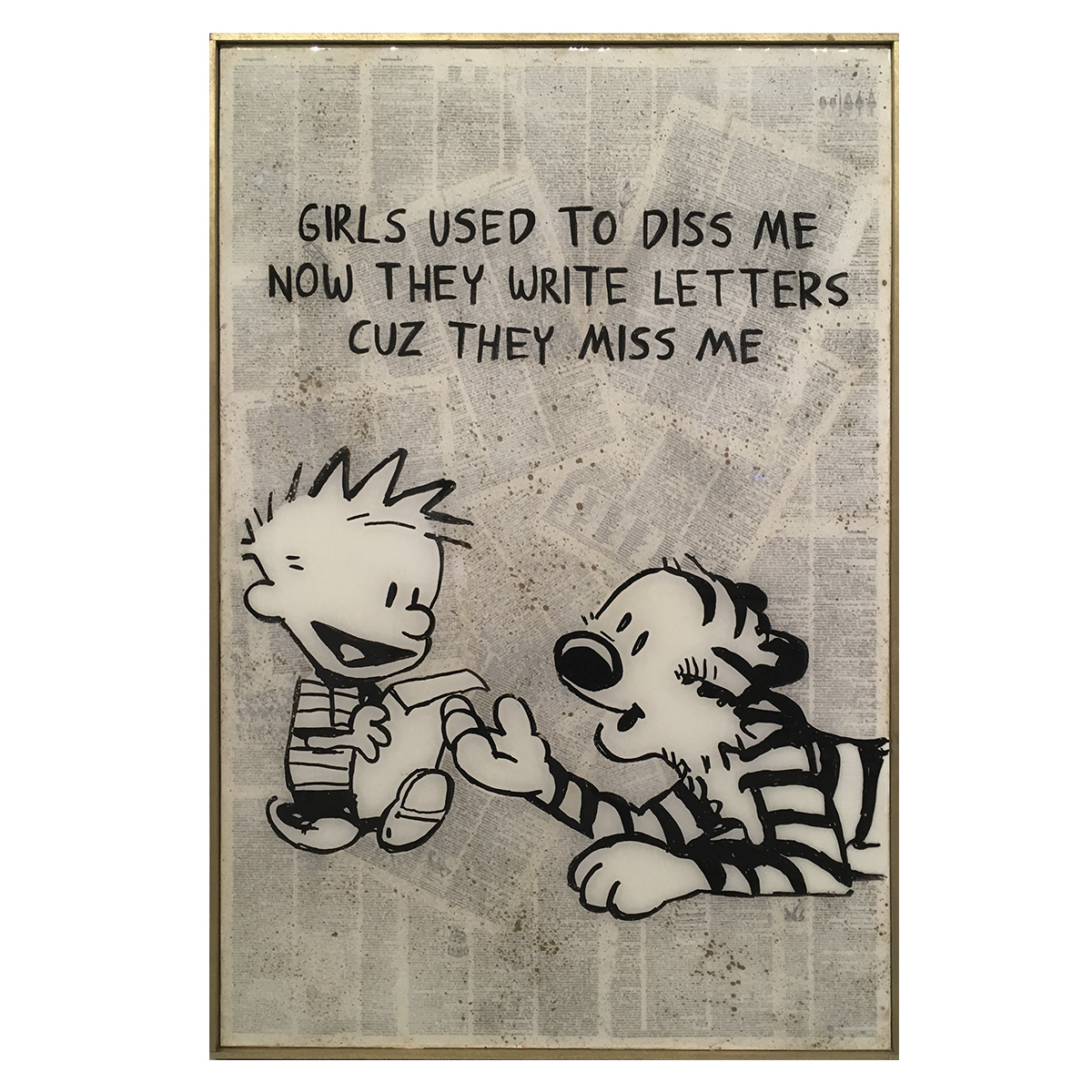