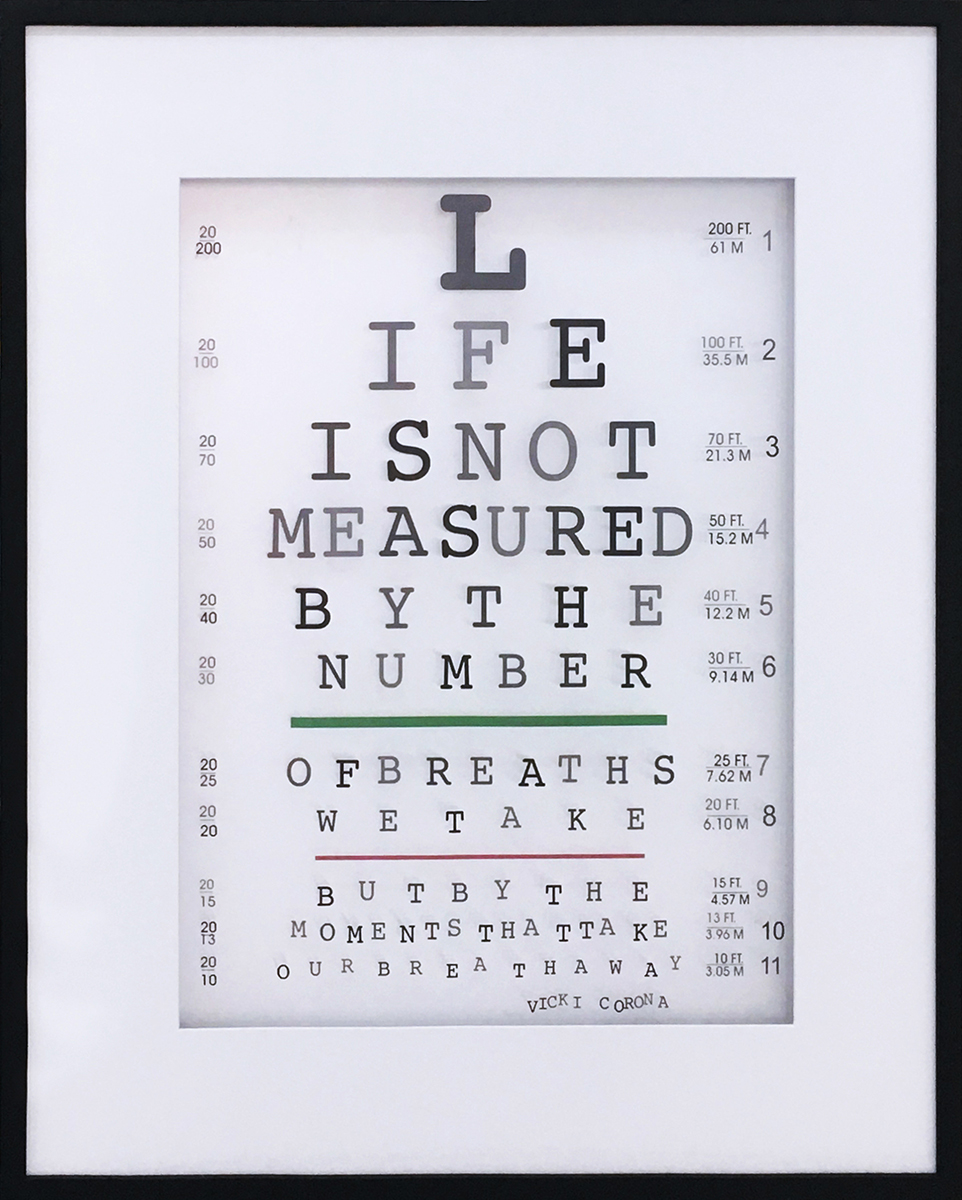 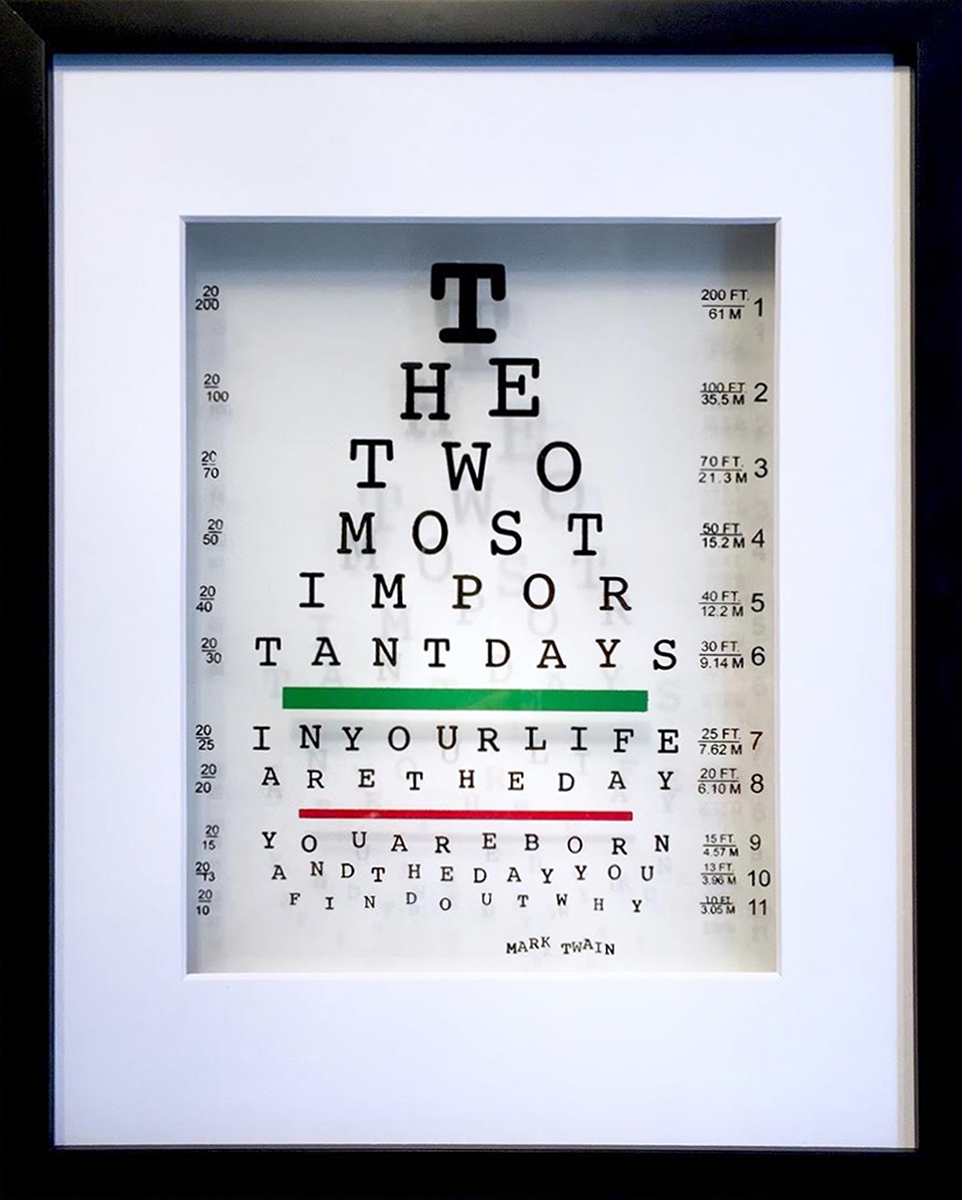 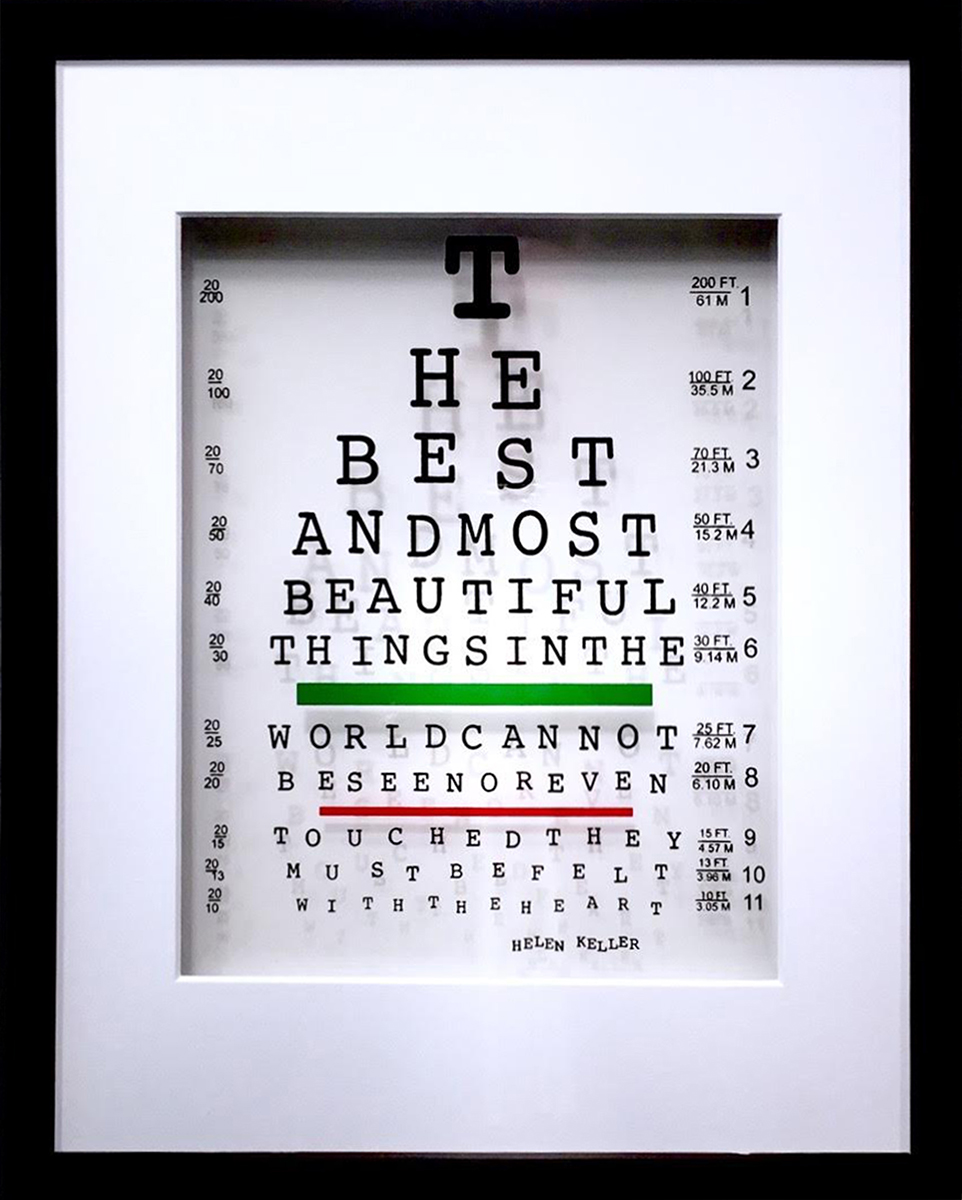 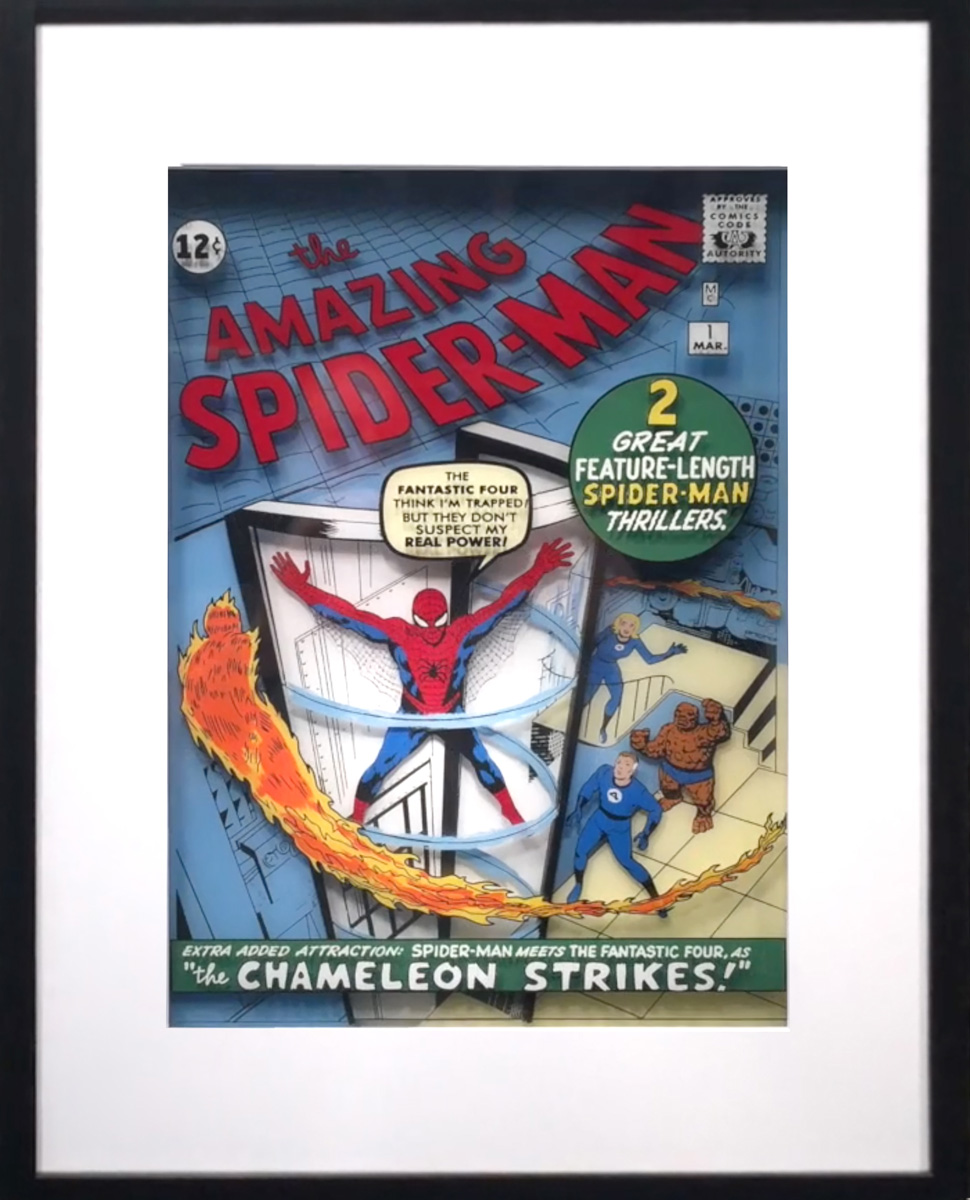 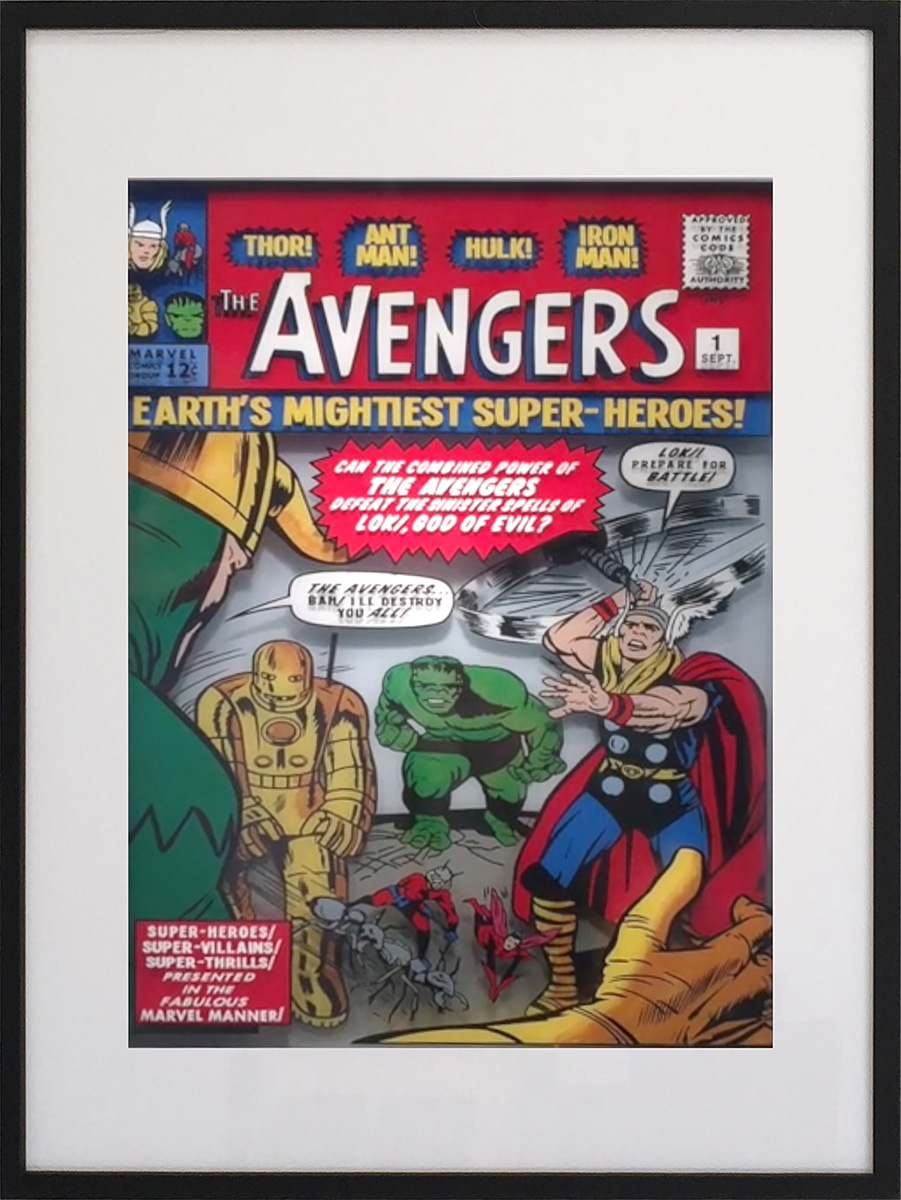 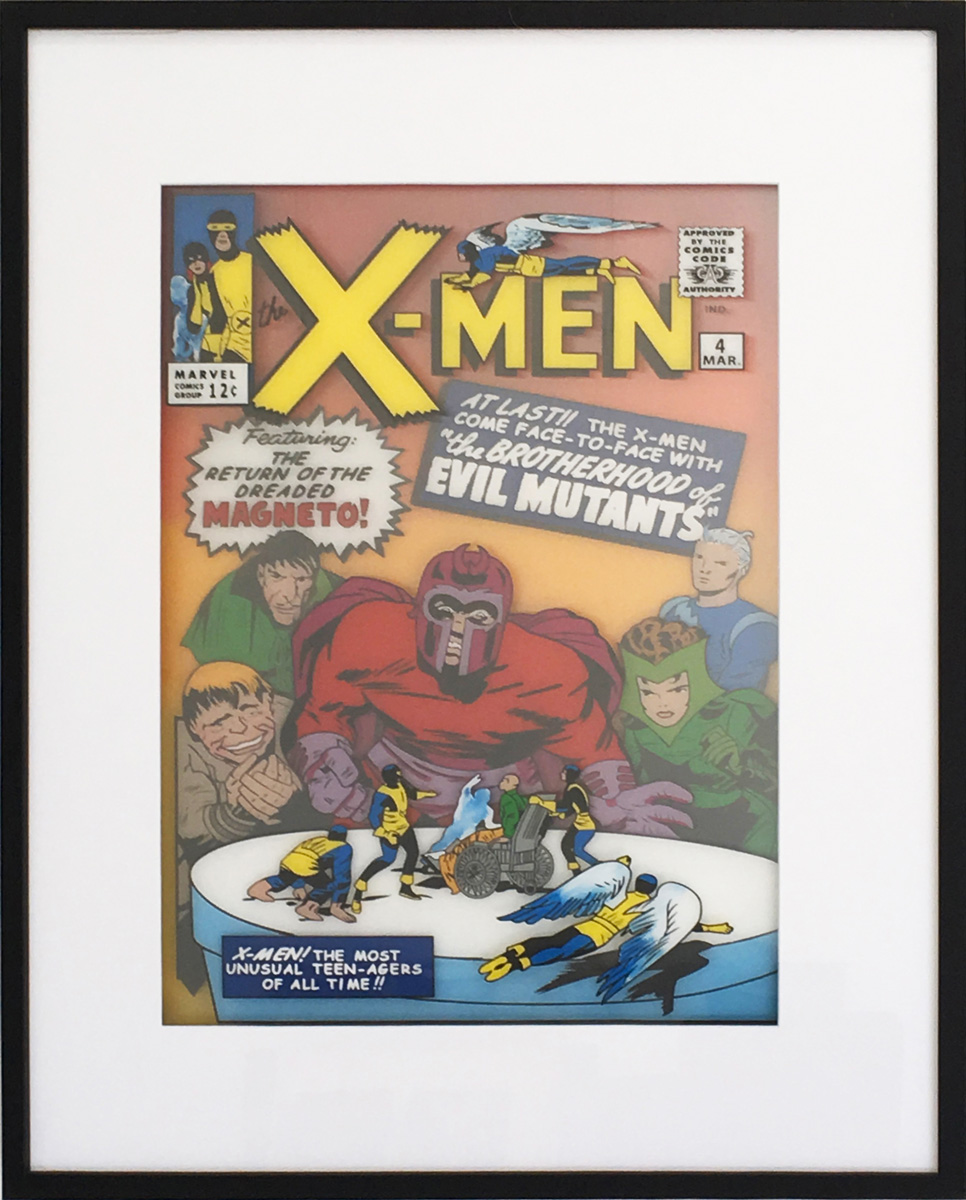 Michael Suchta has always attempted to see the world in all its layers of existence and was inspired by Dr. Carl Sagan’s explanation of a 4 dimensional model known as a “Tesseract” or “Hypercube”. His recent work was in creating a acrylic sculpture of a Tesseract/Hypercube Model which received a US Design Patent DS449,237 S on October 16 2001. This was followed by US Design Patent D480,425 S on a Polyhedral Sculpture in October 7 2003.

His passion is to add real depth to the work he creates, something that emulates the philosophy that we live in a 4 dimensional existence, with a 3 dimensional comprehension.

His popular series of inspirational optometrists’ charts, display another turn of whimsical genius. The literal layers of text incorporate a metaphorical layer of meaning, absent from the usual charts. Interspersed among the letters lie colorful elements, a play on painting’s place within this reconstructed visual tool. Pop and conceptual co- exist in this formidable series. 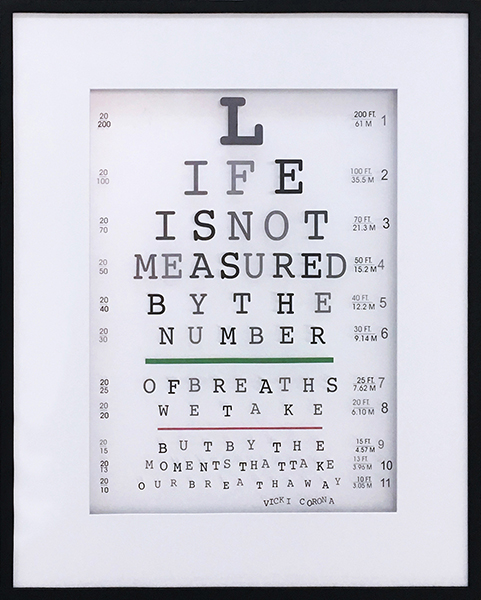 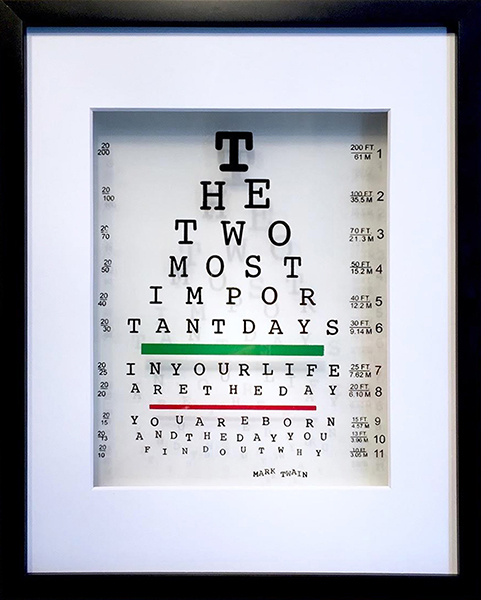 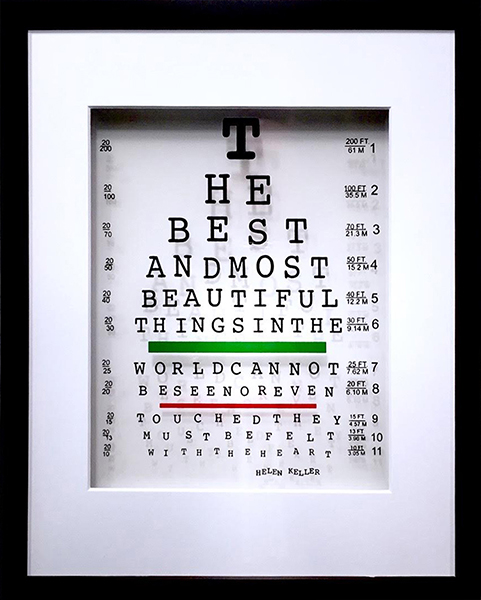